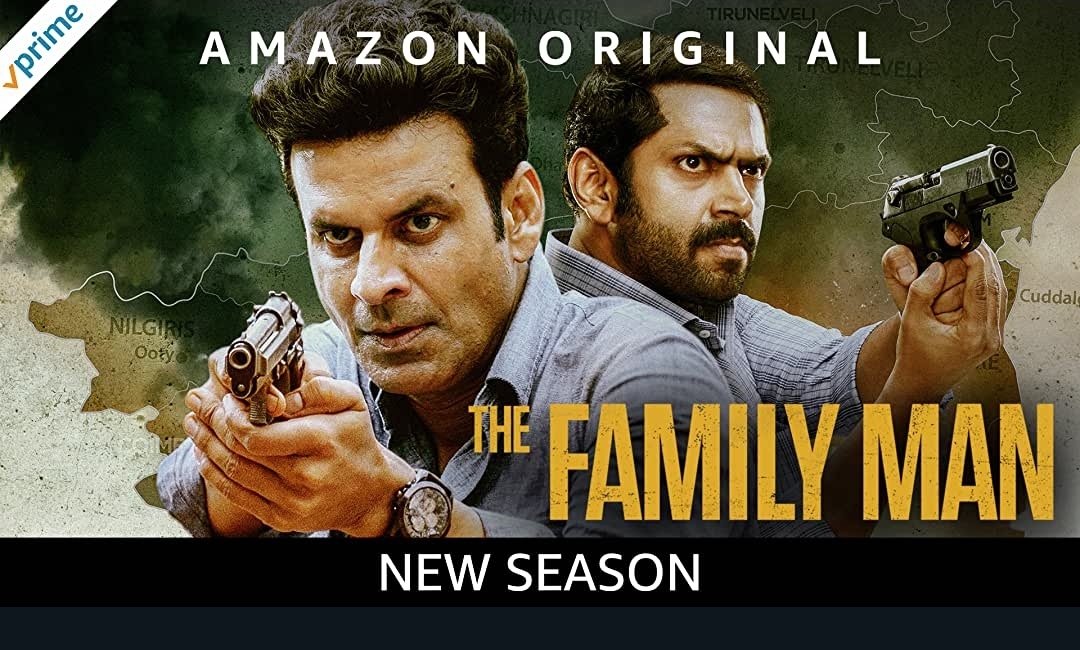 The family man Season -1 was Amazon Prime’s one of the finest series which was released on 20th September 2019 and Another Series The Family man Season-2 were release on 4th June 2021. Earlier the family man season-2 was releasing on 22nd March but due to some reason or you will say the Amazon’s earlier series “Tandav” controversy is the main reason of delay releasing of the finest series of the Amazon prime. The family man is the Competitive with the Netflix Series which are outstanding. Amazon prime and Raj and D.K the director of this series were done tremendous job in all their work previously.

Story of The Family Man Season-2

Family man season 2 Manoj Bajpai playing role as a corporate man who left the job from task because of the failure of last season mission. In which 48 people were died because of the gas leakage his friend and colleagues trying to stop the the terrorist but they were failed. Somehow they are trying to justify their self that they saved the whole city with the gas leakage only 48 people were die. Task force’s head somehow adjust the the whole failure of the mission Zulfiqar which is planed by major Sameer Pakistani soldier.

There is another story parallelly perform which is too dangerous that srilankan tamil fighter “Bhaskaran” have some issues from the srilankan government. And he has the army to fight with srilankan government. Finally srilankan govt hit his convoy and he left srilanka with his brother. Now his brother is in india and bhaskaran is in France. Bhaslaran have many soilder like sleeper sells 😴. Who can do anything for him. They are more then a Animal said by Shrikant tiwari in this web series means very dangerous.

Shrikant Tiwari not comfortable with the corporate job but somehow we manage to make happy is family. Shrikant Tiwari and his friend JK both are continuously contact with each other. JK continuously give information to Srikanth as Srikanth is very very exciting about the task new mission but he cannot join task because his family need him he thought that.

Srikanth have a fight with his wife and he have a chance to join task again and he did that also his wife join earlier job which was done by her friend Arvind. Now Srikanth family have a day have in danger that Srikanth’s daughter have a boyfriend who who is not Hindu but change his name from Salman to Kalyan and create a Trap for dhriti Srikanth daughter. Sajid the season 1 top terrorist who identify by Srikanth at police station in the season 1 now he is in season 2 right hand of major Sameer who is plant of Zulfiqar 2.0. Sajjad is very e upset about Srikanth that in season 1 he filled his plan. Now he is trying to caught him with his daughter’s kidnapping that he will not part of task and not taking any part of the task force to stop talk mission julfikar 2.0.

What is mission julfikar 2.0 in family man season 2?

Mission julfikar 2.2 is to is major Sameer deal with Bhaskar and who is Sri Lankan Government and Indian government not to deal or sign any agreement in Indian Ocean. Prime Minister of India Basu play dhrol Seema Vishwas have a deal with Sri Lankan president that they caught the Baskaran brother who is in the India and give to Sri Lankan Government so president of Sri Lanka will do a deal with Indian government. Mission julfikar 2.0 is a part of to kill the bhaskara’s brother and not to do not happen a deal between India and Sri Lanka or killed both Indian Prime Minister and Sri Lankan president at time of meeting. Bhaskar have asset name Raazi play role by Samantha south Indian actress who is very dangerous and perfectionist in his area that is to flying a plane kill the Enemies as a train Commando. So the plan is that Razi take a small aircraft which have explosive and hit the meeting point of the Indian Prime Minister and Sri Lankan president.

Climax of this family man Season-2

Climax of this family man Season-2 is just to stop the Raazi to perform mission Zulfiqar 2.0 and also to save his daughter from Sajid’s man. And finally he got success in both the mission.