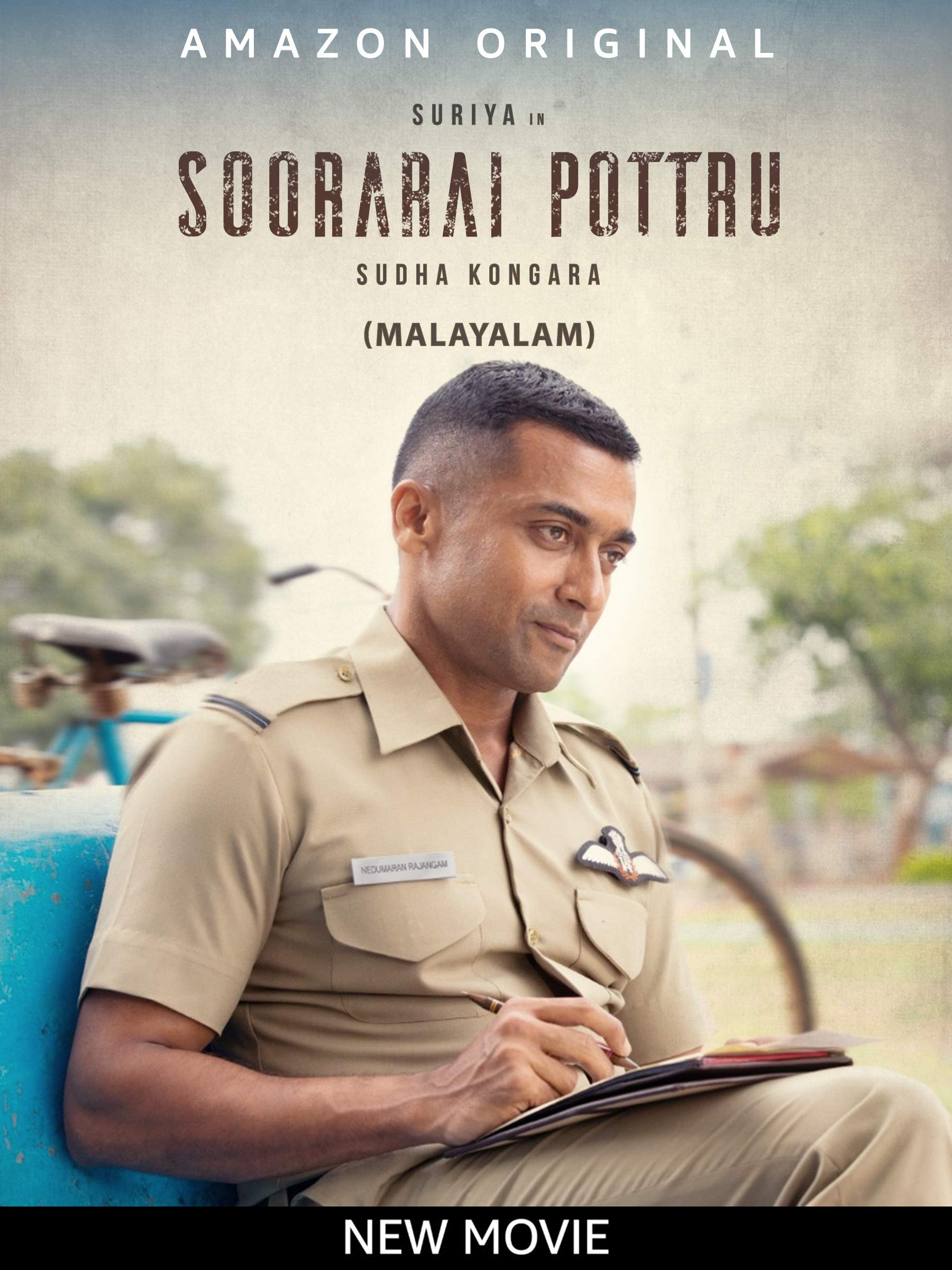 The latest Movie realese on OTT platform is Soorarai Pottru’s Hindi relase named ‘Udaan’ and it is released  on Amazon Prime on April 4 2021. Initially it released on 20th November 2020. South movies are always very well picturized then the Bollywood movie.  Always there is a spark in the south movie weather it is about story or about the the picturization.

A Film which is based on the book “The Fly” looking  as simple movie but it is blockbuster.  Suriya plays Maara – the young fellow who pulls for a fantasy for the working class to fly a minimal effort carrier. That, not too far off, is the plot that is valued at 1,000,000 dollars of screen time. The colossal crowd reaction and being a fan behind it ensured it was a commendable film to be named to arrive at greater masses and in it’s hindi rendition, it is hoping to make a greater effect for the south star. “A common man with phenomenal dreams.” – peruses the inscription and we are snared.

What is the story of SOORARAI POTTRU ”Udan” ?

The Normal person maru have childhood dream top fly the plane and make the airline. So he join the Indian airforce unfortunately he hand his friend who are more talented they left the job of  airforce and make the idea of cheap airline. Maaru meets the airline king “Paresh raval” Paresh Goswami who refused the idea of the maaru to sell cheap airline tickets and cheap airline for the common man. He faced lots of problem during his dream but finally he get the chance to start the airline with the help of the his village people support with the ammount. His wife also support him very well in all the condition. His wife is running the Bakery business and it is her dream. Both are willing to do and fulfill their dream. His wife done it early but maaru forced to stop all the activities by the Paresh goswami king of airline. Paresh buy his all aircraft on lease before maru’s buy. paresh steal maru’s idea. But maru didn’t stop he made new airline which is light weight also it will take low fuel for fly. Finally he got dgca license to fly the airline. And he fly with the minister in his first flight but maaru pilot taken bribe by the paresh and suddenly maaru plane got fire.

Again he fails to fullfill his dream. But maaru take public supoport thourgh all india radio. Paresh giving interview on tv and try to not trust on Maaru’s airline but people support him when explain the people how the other airline not given chance to poor people to sit together with rich people.